The word ‘classic’ is thrown around quite lightly these days, but if there was ever such a thing as a truly classic running design, it’d surely be the Ronhill Tracksters.

Created with function firmly in mind, these revolutionary leggings featured countless innovations which went on to become industry standards, and it’s not too much of an overstatement to say they helped pave the way for much of the sportswear of today.

Sportswear might now be a huge, multi-billion pound industry, but in the late 1960s, when Ron Hill first sat down to create running clothing, things were very different. Running was still a niche, fringe activity, meaning the clothes that were worn often had a much more DIY approach, often made by hand, by the runners themselves on the family sewing machine—a far cry from the gleaming research labs and product development villages used by some brands today.

This humble setting meant that concepts like ventilation or movement were rarely considered, and there was little in the way of synthetic fabrics. Runners were faster than ever before, but the old fashioned clothing was still holding them back. As an accomplished marathon and cross-country runner, who had also completed a PhD in Textile Chemistry, Ron Hill was just the man to help bring sportswear into the modern age. 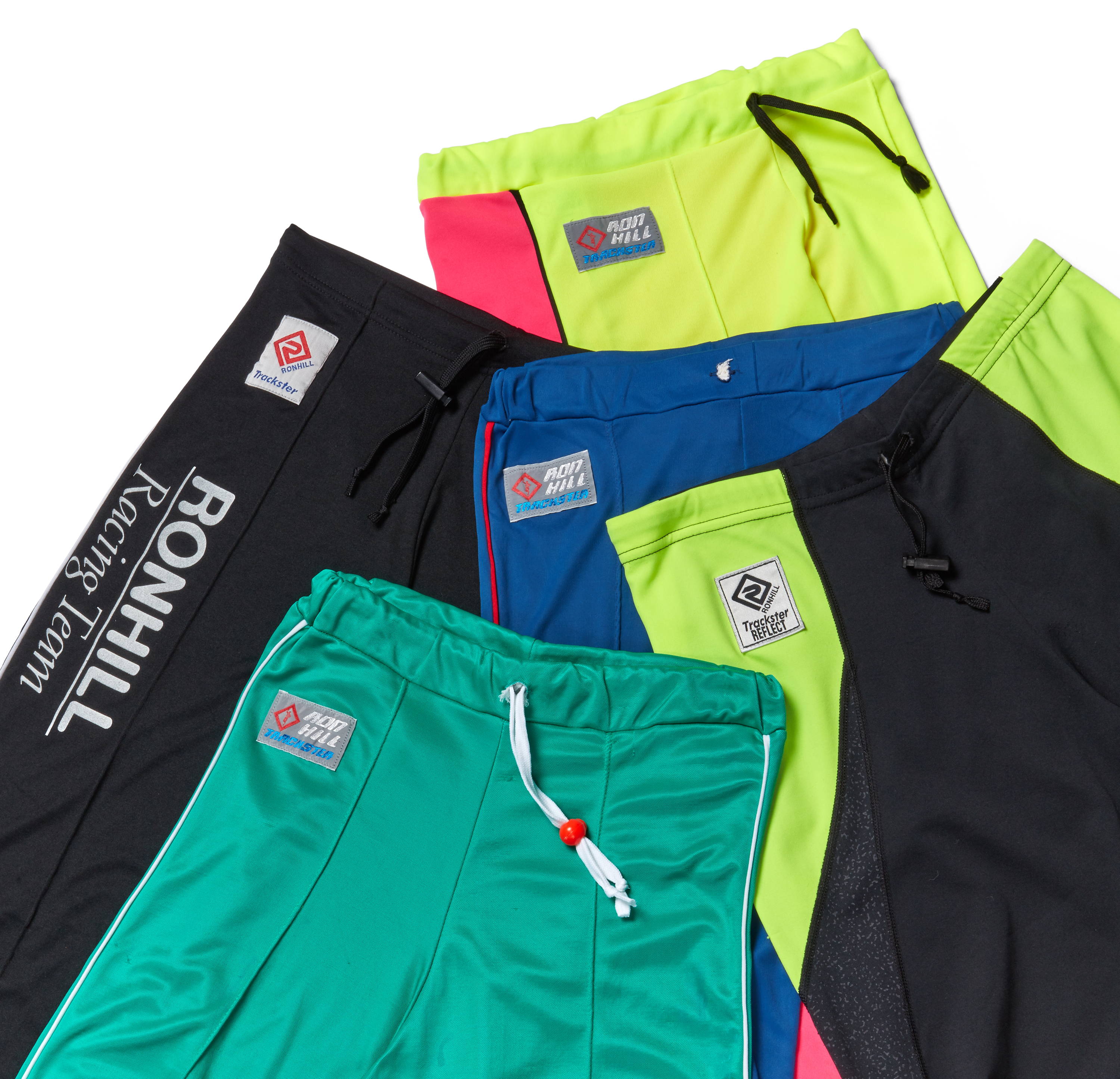 "Ron would run twice a day, every day, wherever he was, and whatever the weather. This real-world experience meant that he was quick to spot the flaws in the clothing currently on the market"

Combining his scientific know-how with his experience as one of the era’s fastest runners, Ron had the technical knowledge to understand the realities of clothing manufacturing—what fabrics could and couldn’t do—and the experience that you only learn from being a world-class athlete. Put simply, he knew what runners needed, and he knew how it could be achieved.

Ron would run twice a day, every day, wherever he was, and whatever the weather. This real-world experience meant that he was quick to spot the flaws in the clothing currently on the market. In the 1968 Mexico Olympics he wore string vests bought from an army surplus shop. When his shorts were too tight, he ripped the sides to aid movement, whilst the countless miles he’d run on dark and damp winter evenings led to his use of reflective tape and waterproof Gore-Tex fabric. 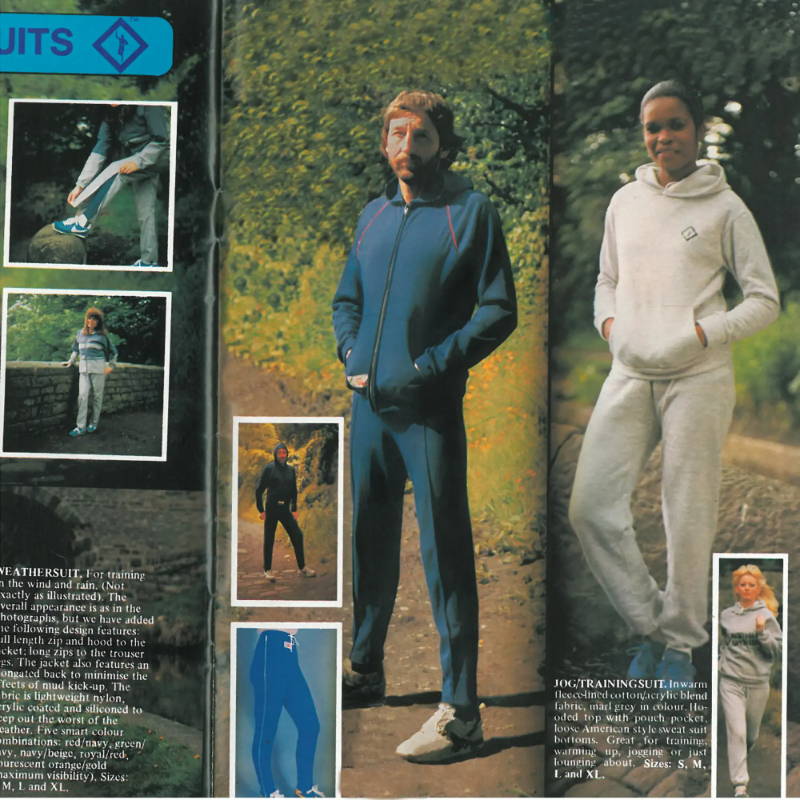 "As millions found the benefit in fitness and physical activity, running was no longer the preserve of a few hardened individuals looking for victory. Marathon numbers swelled, and suddenly the long distance runner wasn’t quite so lonely."

Trousers were another area in desperate need of development. In winter, runners had two options—they could either wear ill-fitting cotton trousers, which soaked up rain and sweat faster than a sheet of Bounty kitchen roll, or they could wear shorts, and practically freeze their legs off. Neither were particularly appealing, so Ron knuckled down to try and come up with a more suitable solution.

The resulting design was, as you’ve probably already deduced, the Trackster. A complete rethink of running legwear from the tarmac up, these lightweight, ergonomic trousers were a world away from the heavy cotton trousers most runners were forced to wear if they wanted to brave the winter weather.

The nylon fabric dried quickly, the sharp, tapered legs didn’t flap about like sheets on a washing line, and those trademark stirrups kept them firmly in place. They were toasty too, and not only were they ideal for wet days on the road, but they were perfect for staying warm before a race. 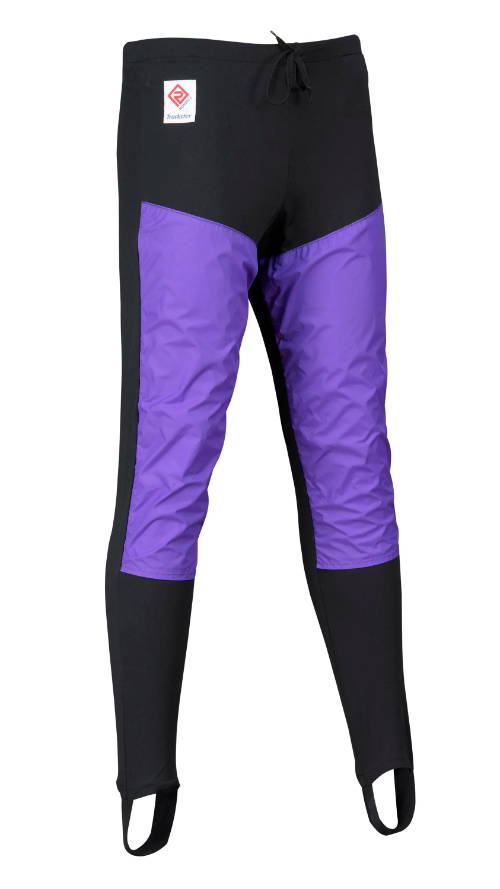 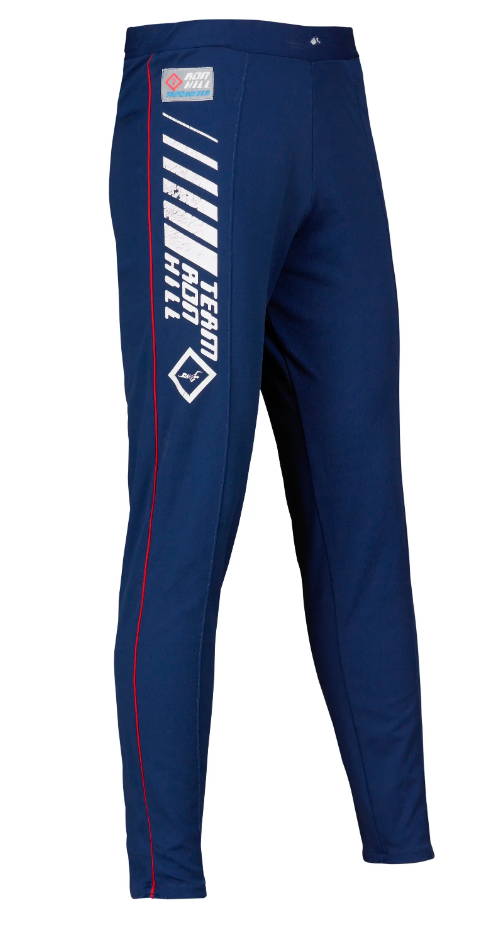 The original Trackster was modified to meet its popularity

"This boom meant that more people than ever before were looking for clothing to run in, and the Tracksters, already established as the running trousers, sold like lightweight polyester hot-cakes"

Thanks to the network of clubs and the regular events in the race calendar, word of these radical trousers spread fast, and they soon became a firm favourite with runners across Britain, helping Ron to establish his brand.

Meanwhile, the sport was growing at a rapid rate. Televised events, such as the marathon at the 1972 Olympics in Munich (where Ron came 6th), helped bring the concept of the 26.2 mile race into public consciousness, whilst a number of books on the idea of jogging for fitness showed the masses that running was something anyone could do.

As millions found the benefit in fitness and physical activity, running was no longer the preserve of a few hardened individuals looking for victory. Marathon numbers swelled, and suddenly the long distance runner wasn’t quite so lonely. 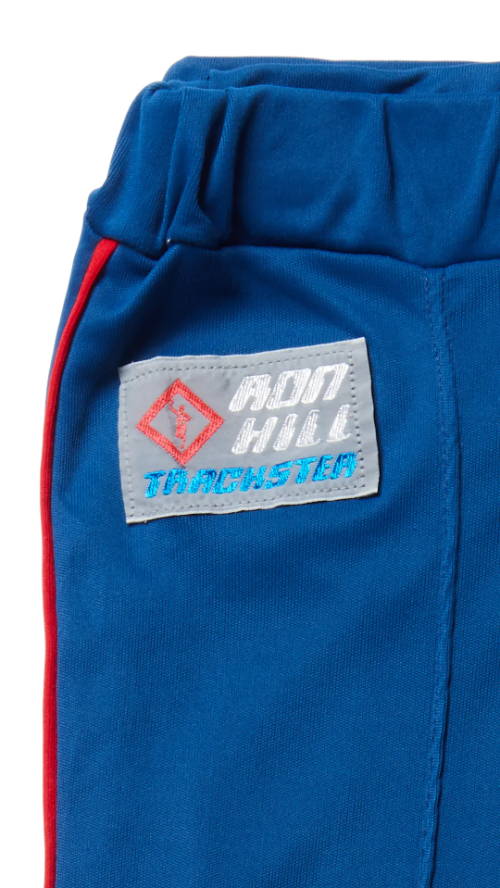 This boom meant that more people than ever before were looking for clothing to run in, and the Tracksters, already established as the running trousers, sold like lightweight polyester hot-cakes. The military loved them too, and wore them not just for training exercises, but for downtime too, making them a regular sight in barracks across the United Kingdom.

This universal appeal made them a huge best-seller, and although it’s hard to put a figure on it, it’s thought at least 3 million pairs have sold over the years—a number that shows not just how effective the trousers were, but how big running had become. Whether you’re heading out for a quick evening jog, or limbering up for another marathon, you’re in good company with a pair of Tracksters. 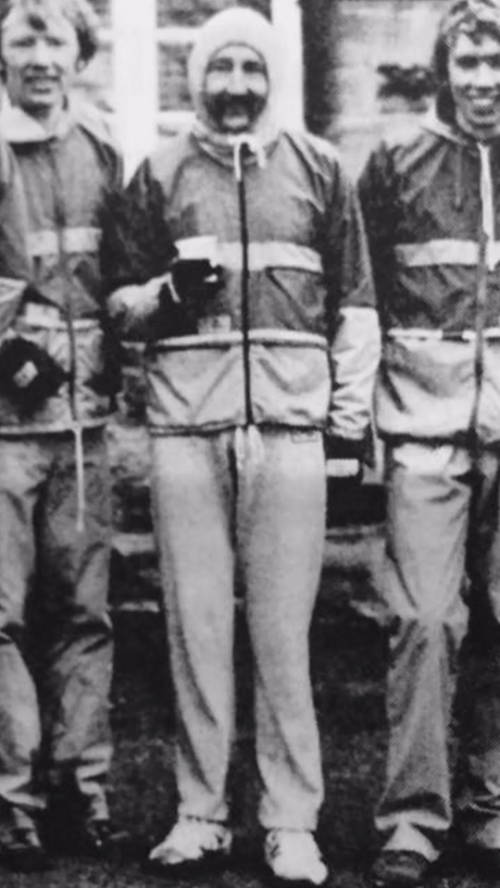