Offer free shipping on all orders of £50 or more

'It's The Thing'
the story of Sara Mae Berman

When Ron Hill crossed the line to win the 1970 Boston Marathon, having run away from the field in atrocious conditions to clock 2.10.31, he had to pull up abruptly because there were so many photographers at the finish line. ‘I’d never experienced such acclaim before’ he wrote in his autobiography – he was even photographed having breakfast the morning before the race. ‘And what a medal,’ he wrote, ‘gold with a diamond in it.’

Sara Mae Berman was the first woman across the line, as she was in 1969, but there were no photographers to meet her. In fact, having run the race unofficially and surrounded by men, she wasn’t even completely sure that she had won. She would not receive her gold medal until almost thirty years later, at the celebration of the 100th running of the race in 1996.

Marathon running looks very different fifty years after that 1970 race. The top-of-the-range running shoes at the time had soles so thin that you could ‘step on a dime and tell “heads” from “tails”’ according to the publisher George A Hirsch. Only 1,000 people ran Boston that year, with one newspaper referring to the race somewhat sceptically as ‘America’s premier bunion derby.’ But by far the most significant difference was that half of the population were not represented in road running at all until people like Sara Mae Berman came along and changed that. 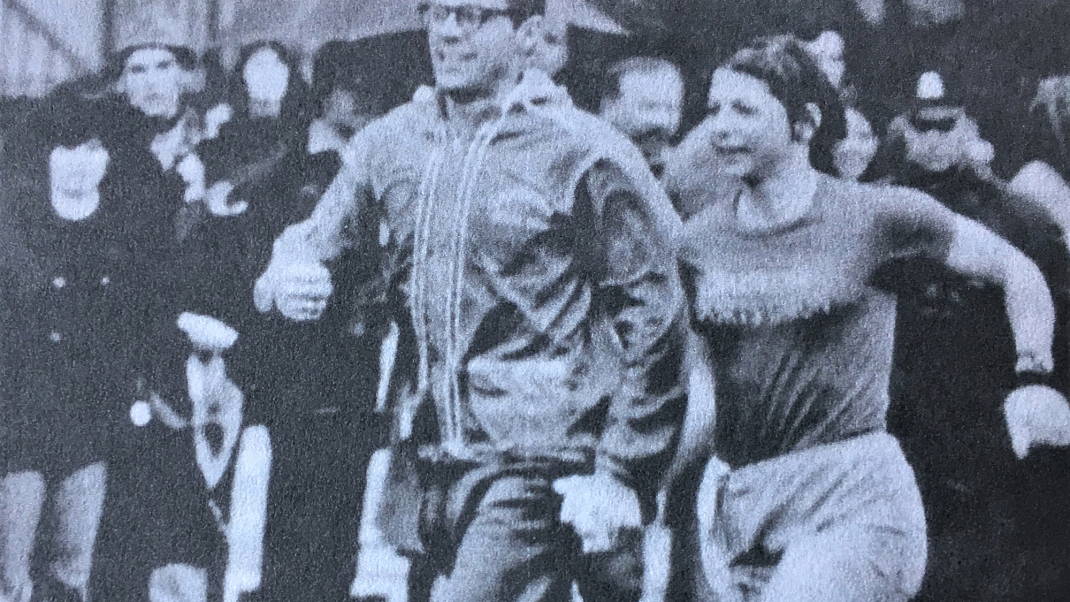 When asked a hundred years ago why he wanted to climb Everest, George Leigh Mallory gave the famous reply ‘because it’s there.’ When Sara Mae Berman was eventually asked why she wanted to run the Boston Marathon her response was also three words long. ‘It’s the thing,’ she told reporters. She used to sit by the side of a pond ‘like a dutiful little wife’ while her husband Larry ran, until she decided – with his encouragement - that enough was enough and she was going to start running herself.

From 1928 until the Rome Olympics in 1960 the longest running event for women was the 200m, so when she first started running in the late 1950s she did so at a sprint, only later learning to slow down and pace herself. Those in charge of the sport believed (or professed to believe) that running was dangerous for women. Sara Mae had given birth to three children by that point, and this was not going to stop her.

With very few female role models at the time, it was up to her to become a role model herself and contribute to the realisation that women were very much capable of running long distances. When she ran her first road race over five miles in 1964 she was, as Amby Burfoot notes in his book First Ladies of Running ‘probably the first woman in the United States who travelled to a road race with her husband, a runner, three kids, a babysitter, and plans to enter the race herself.’

Having won Boston marathon unofficially for three consecutive years from 1969 to 1971, in 1972 women were finally allowed to run, and Berman continued to build the sport, compiling lists of the female entrants and compiling pace charts so that women could calculate their splits. In 1972 these charts went as fast as 6.30 per mile, which at the time was as fast as she could imagine women running.

The women’s world record now breaks down to a (to be fair to Berman) scarcely believable 5.07 per mile. ‘I was very wrong’ she says, putting the improvement down to ‘a larger pool of female marathon runners and a more supportive atmosphere.’ This was an atmosphere that she – and other early trailblazers – made possible. ‘Long-distance runners respect each other’s training’ she says of her experience of running those early races alongside men. ‘You can’t cover the distance if you haven’t put in the training, so there’s no faking it.’

When asked what she had to do to affect change she answered, ‘just keep running, just keep running.’ And she has, into her eighties, although she spends more time cross-country skiing these days, for up to three hours at a time. Having built their life schedule around exercise since their twenties, her and her husband Larry aren’t about to stop now. ‘We believe that as long as we keep regular with our exercise, the longer we can continue.’ It is, after all, the thing. 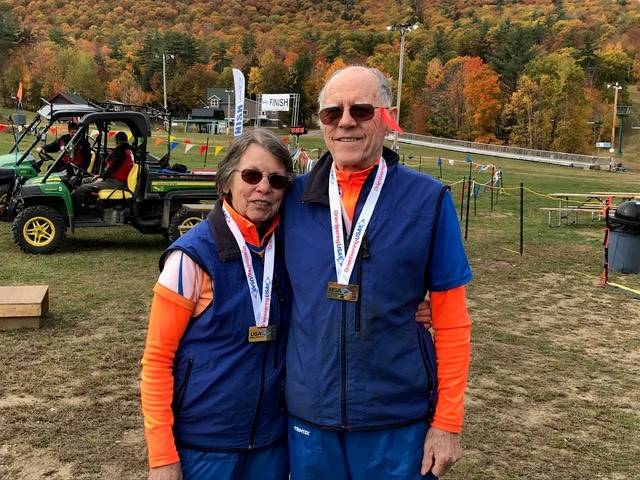 Michael Crawley is an anthropologist, a writer and a 2.20 marathon runner. He is sponsored by Ronhill.